JET'S FIRST TRIP TO THE OVAL

Hey Milo here! It's been raining almost every day lately so that's made it very hard to take our human on walks. Something about freezing to death makes humans reluctant to go outdoors. Anyway the other day we noticed our human grabbing our leads. Apparently she finally felt it was warm enough to go out doors. Once Ros had grabbed everything we headed off to the oval. After a short walk to get there we were let off and began with a pawesome game of bitey face. 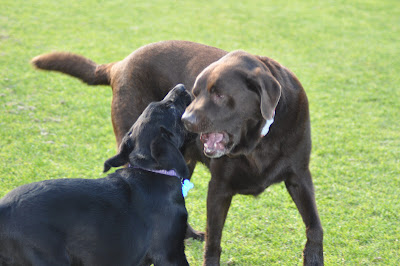 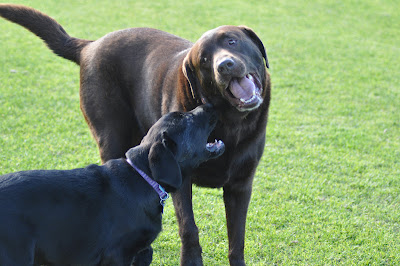 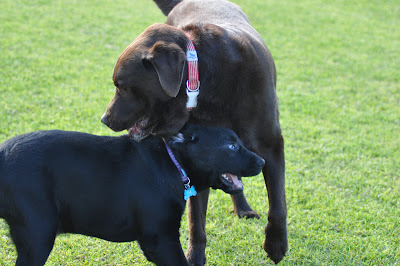 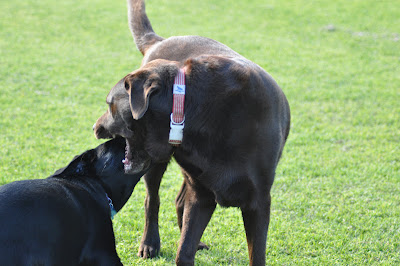 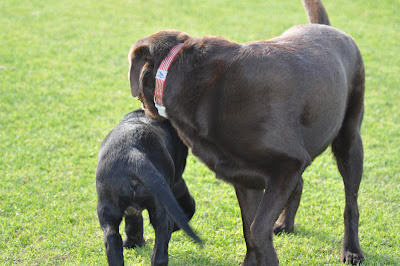 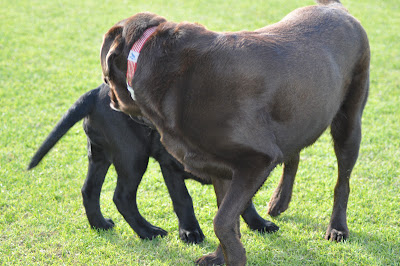 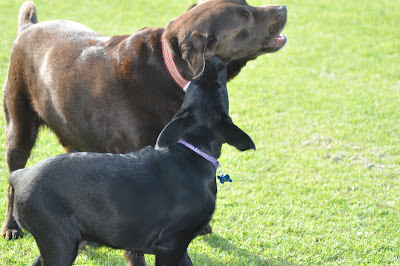 Then after finishing our game of bitey face we saw Ros grabbing one of our toys.  I came over to see if she would throw it for us. 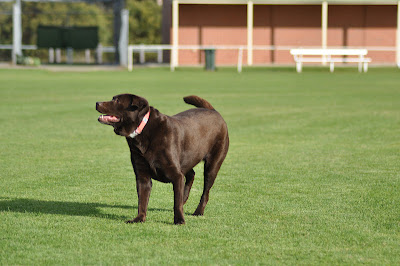 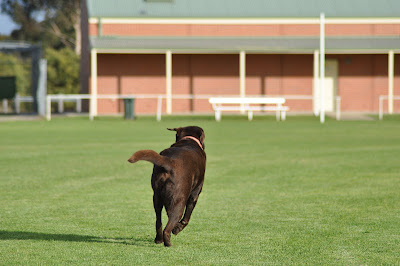 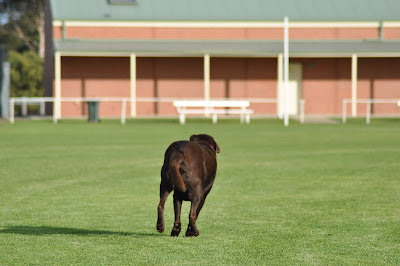 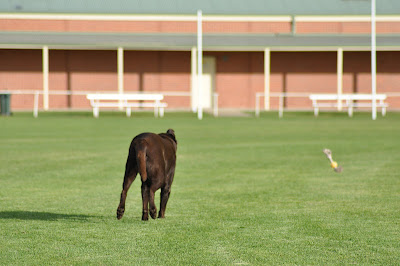 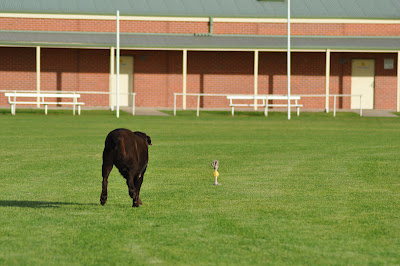 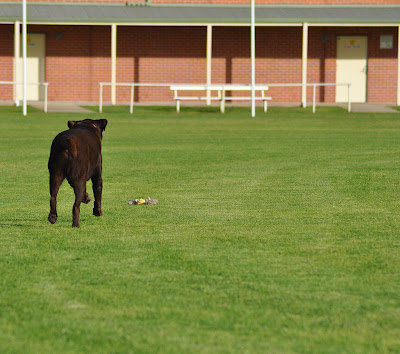 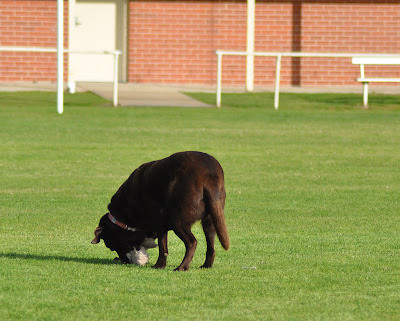 After zooming towards my toy I decided a game of tug of war was in order so went to find where Jet had disappeared to. Turns out he was practising posing for the camera. 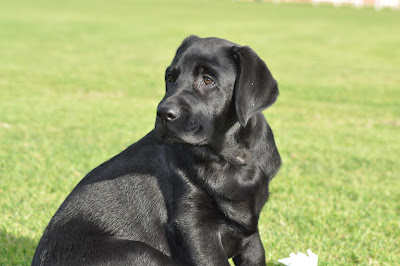 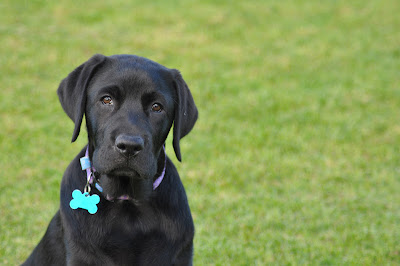 Didn't he do a good job?  After the photo taking was finished the game of tug began. 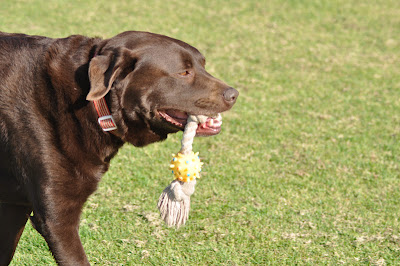 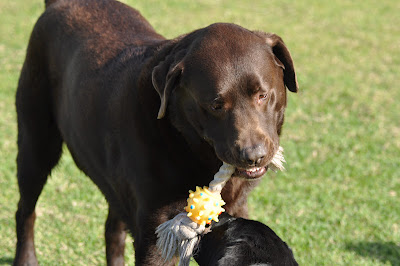 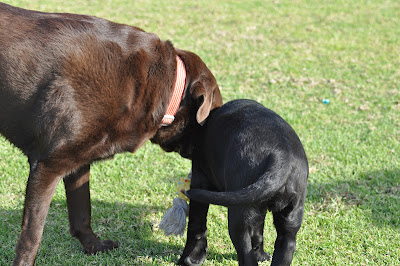 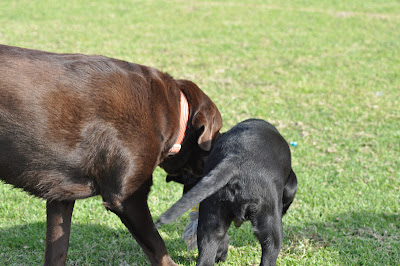 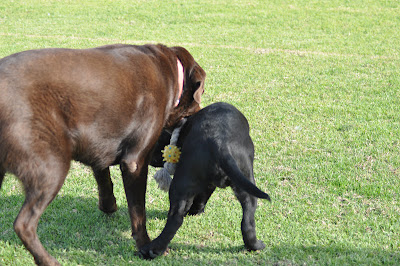 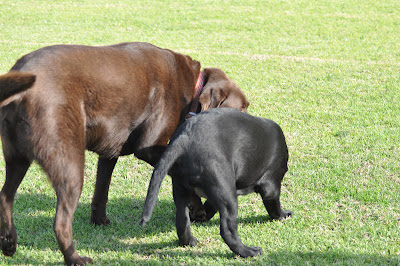 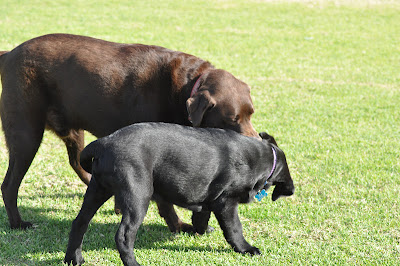 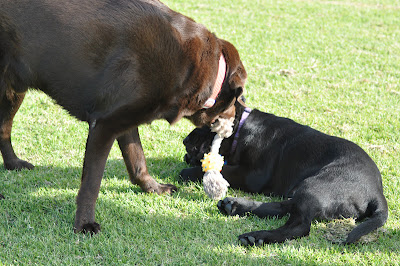 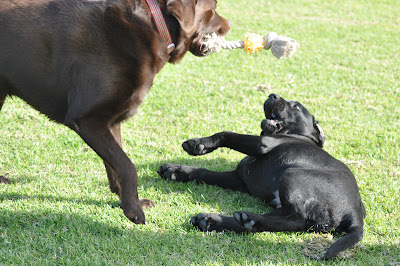 Well after playing tug for a little while longer Ros decided it was time to go home again as Jet was starting to look tired and Ros said Jet is starting to get too large to carry home.  Once we arrived home and after having a big drink we both fell straight to sleep dreaming of our oval adventure and we have our paws crossed that the weather stays nice to go out somewhere else soon.
By Milo and Jet - June 26, 2012