Hi Milo & Jet here! Yesterday we had a pawesome day out with our humans going to the Rspca Million Paws walk.  We left early in the morning so we would have a chance to mingle before the start of the walk.  The first friend we made was a handsome Douge De Bordeaux.

Soon we heard the walk was starting so we quickly lined up ready to begin the walk.  There were lots of doggies who had brought their Humans out for the day. There were many new friends to see in all shapes and sizes. 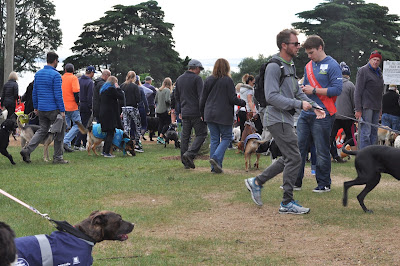 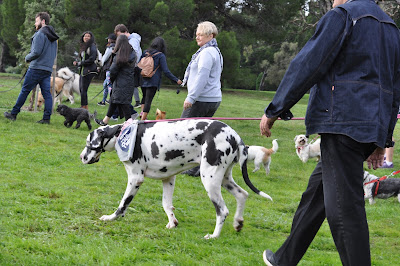 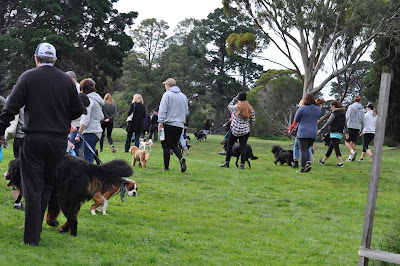 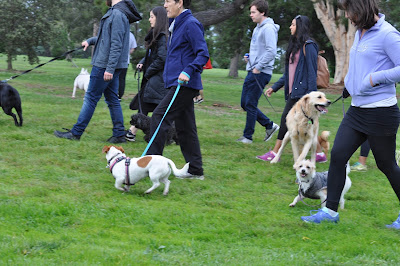 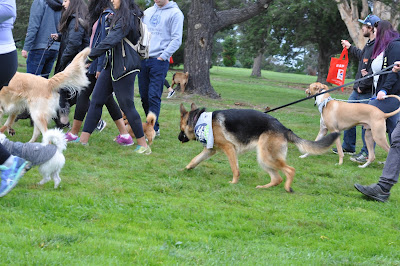 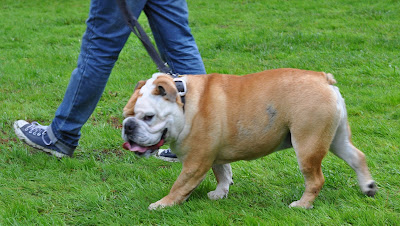 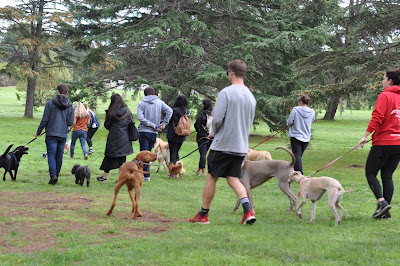 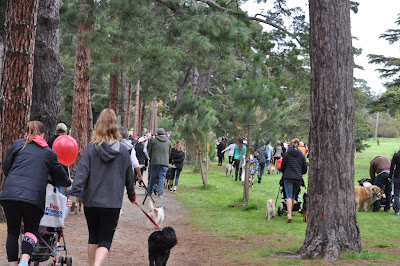 Soon Jet was making his first friend in a handsome Boxer doggie. As we walked around our human Ros made sure to get photos of some of the different dogs that had come. 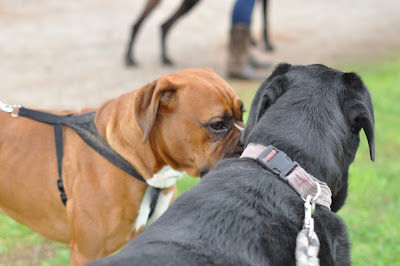 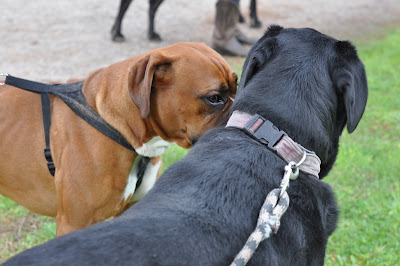 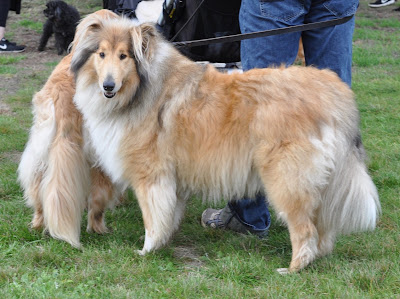 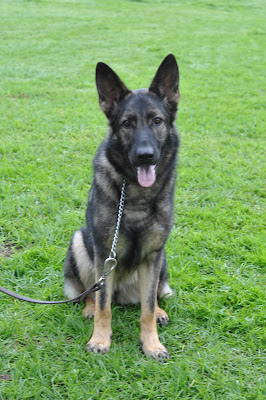 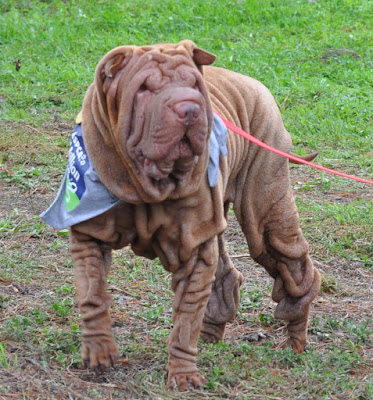 One thing that excited dogs and humans alike during our walk was another quite interesting animal that decided to put in an appearance. 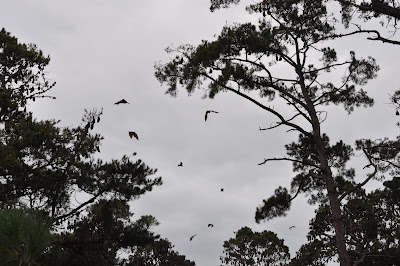 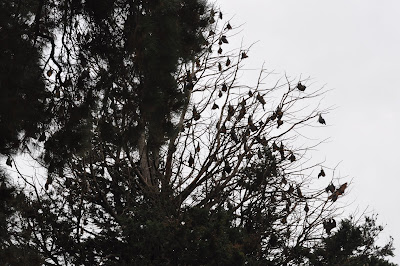 There was a group of Flying Foxes enjoying watching all us doggies out and about with our Humans.   We continued on and we were soon back at the beginning.   We walked around taking photos of some of the doggies in attendance. 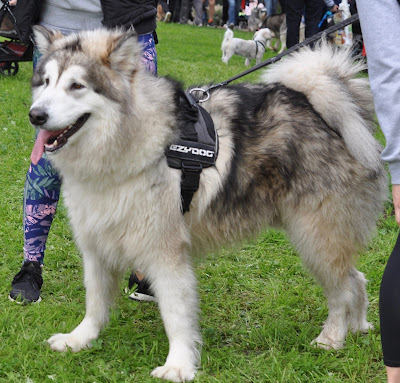 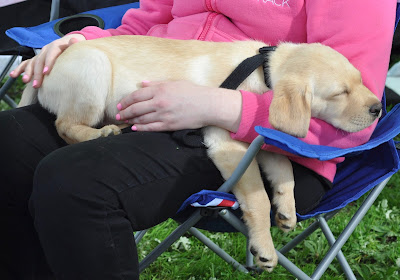 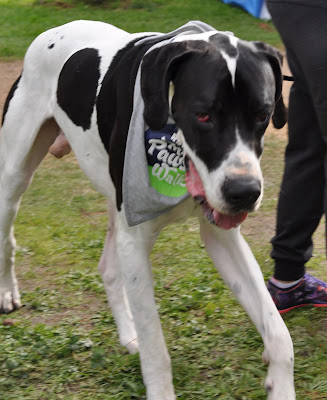 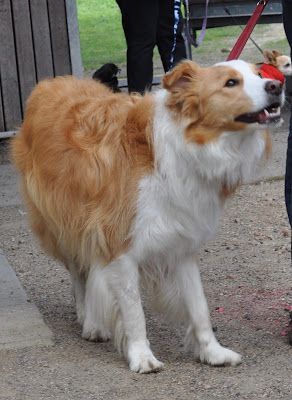 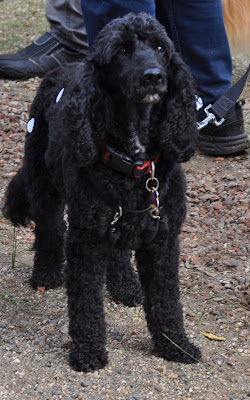 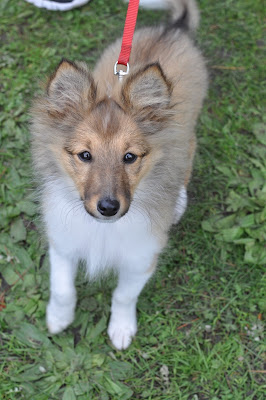 Jet soon made a friend in a lovely white great dane doggie that looked very beautiful in her bandana. 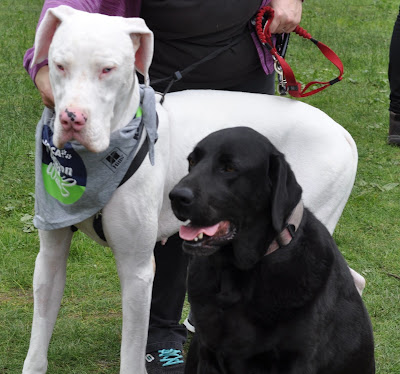 After making friends Milo & I decided to get our photo taken together.  Don't we look very handsome? 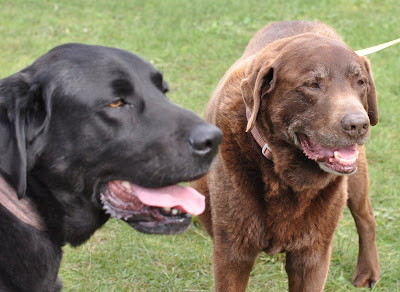 Then we heard the competitions were starting so we headed over to check them out.   The first competition we saw was Fetch. 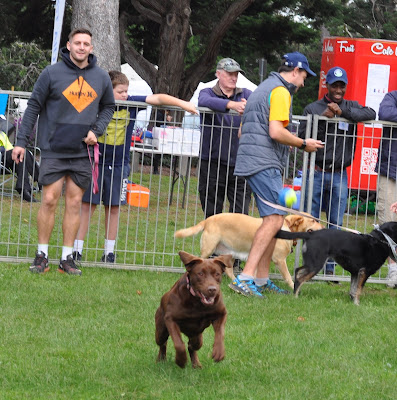 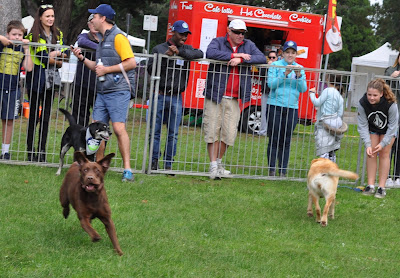 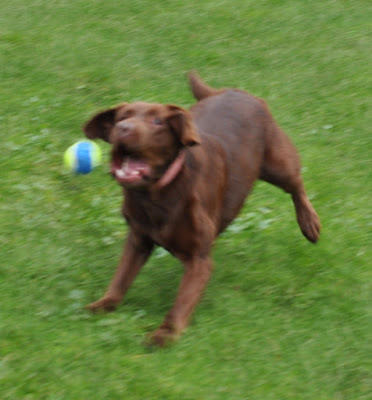 After the games were over we decided it was time to head home as we were very tired by this stage. We had a pawesome time at this year's millions paws walk and we can't wait to meet up with our new friends next year.
By Milo and Jet - May 23, 2017 6 comments: