Hi, Milo here!  As you may have noticed I have not made much of an appearance in the last few posts. So I thought I would tell you why and what is going on with me at the moment.  Since turning thirteen my humans have noticed I have really slowed down in the last few months.  Not being able to join Jet on long walks and no longer willing to play with him. Which my humans have found sad to see.  So last week when a Holiday that been organized a while ago came up they decided not to take me as they knew there would be a lot walking and exploring happening.  So I went to stay with a family member that has looked after us both in the past on the rare occasion us doggies can't come.  I really enjoyed my stay getting lots of cuddles and pats and sleeping on the bed.  A few days after my humans came home from their Holiday they noticed I wasn't acting right so they were quite worried for me and decided to get me a vet appointment to get me checked over.  That night though I gave Ros a big scare as my breathing was very fast and slightly labored.  Ros was very worried and she didn't get much if any sleep that night.  In the morning my Humans got me an emergency appointment with Lort Smith Animal Hospital.

So I went in for my appointment.  The first vet to look at me said my Oxygen levels were slightly lower then they should be being 94 instead of 100.  Then I had blood taken to see what was happening on my insides. The Vet tried to check my legs but I didn't like that as they were very sore from the mean Arthritis Monster so I wouldn't really let them be touched.   So they gave me a special needle to help with the pain.   The vets think the sore legs were the cause for my funny breathing but I'm back on Monday for X-rays to check my Heart & Lungs.

Sadly they also found my Kidneys are struggling so I'll need to be put on a special diet and the humans need to catch some pee for the vet people to look at in case something else is going on with them.

After all this poking and prodding I was sent home with some more pain needles and a few important instructions for my humans.

Jet was very happy to see me on my arrival home and gave me a big sniff over.  I think he knows I'm not at my best as Ros says he been acting quite stressy the last two days. Jet has been coming over for extra cuddles from her.

The Humans have their fingers crossed that nothing worse shows up on the Monday visit. I also have my paws crossed as does Jet.  Please send some power of the paw my way for good results.  Bye now from Milo.
By Milo and Jet - October 06, 2017 4 comments:

Hi, Jet here! This morning I saw Ros grabbing my lead so I got very excited as I knew we were about to head off on an adventure.   After driving for a little while we reached our destination.  A pawesome walk called Mathias Track.  It was located within the Dandenong Ranges so it had that pawesome bush smell. 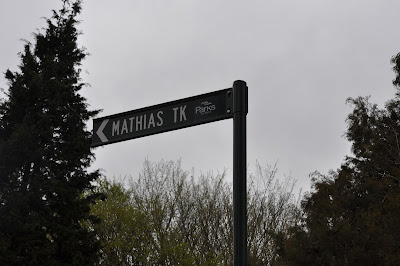 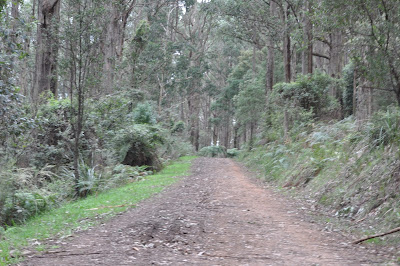 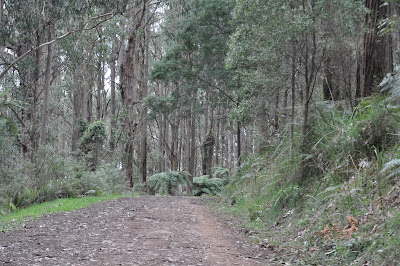 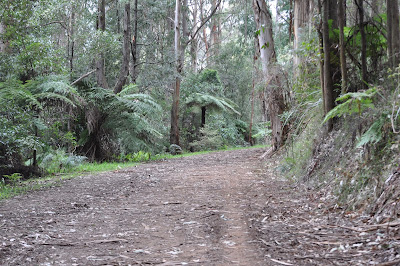 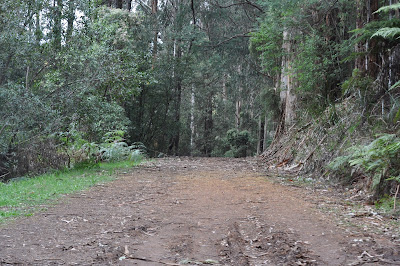 There was a lovely trail to follow so with me leading the way we were soon off and exploring. My humans were really enjoying all the lovely big trees around and they also got quite excited when they spotted a Crimson Rosella. As we continued on admiring the view my brilliant sniffing ability was able to sniff out a tiny little waterfall. 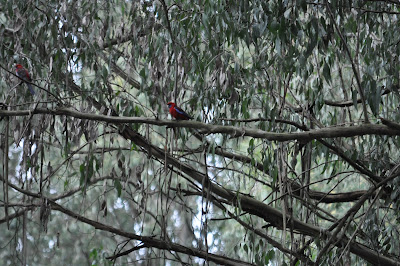 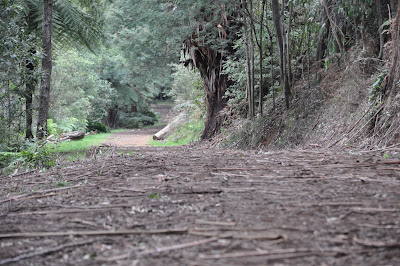 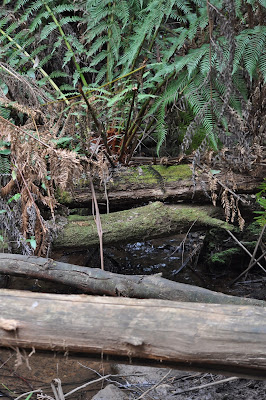 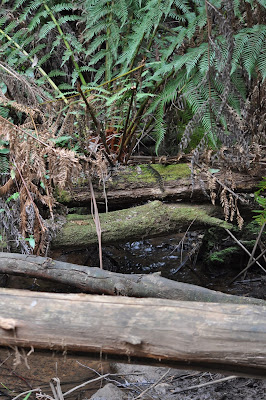 After admiring the Waterfall we continued on with the walk along the trail. We spotted some lovely little native flowers. 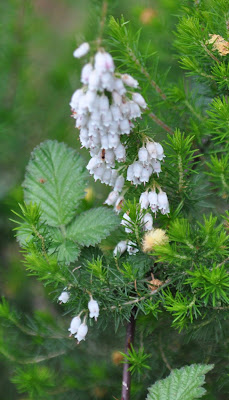 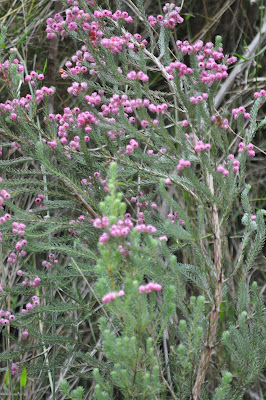 After stopping to sniff the flowers we continued on with the walk.  It wasn't long before Ros and I found the perfect place to pose.  Don't we look so happy together? 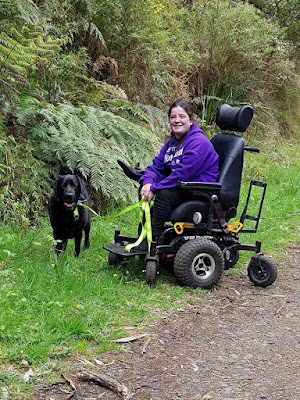 After possing for picks we continued with our walk.  The track was pawesome and there were some spectacular views along the way. 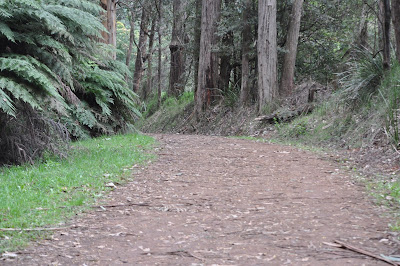 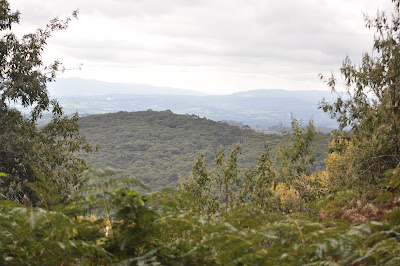 After enjoying the view we continued on and I found a perfect place to pose.  There were so many smells that it was a bit hard to concentrate on photos.  Eventually though, the perfect photo was taken. 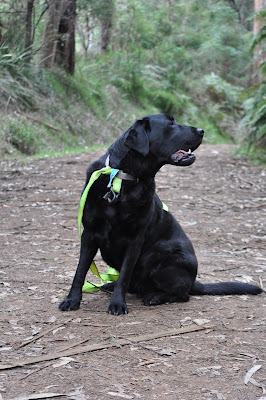 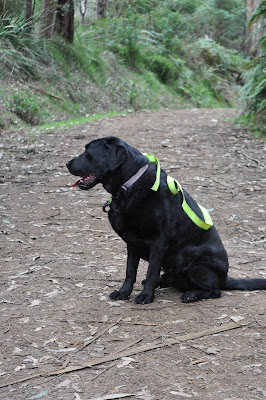 We walked a long walk and were starting to get tired so we decided to turn around and started heading back. 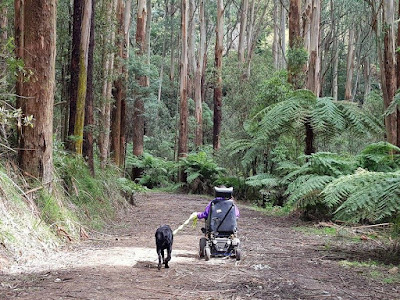 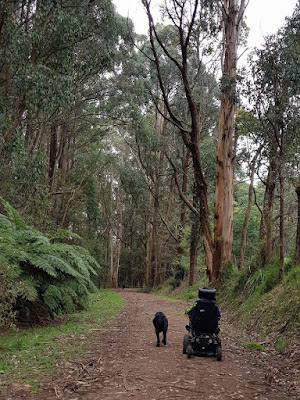 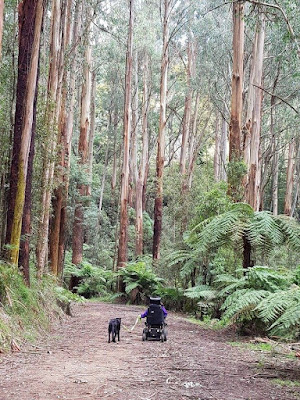 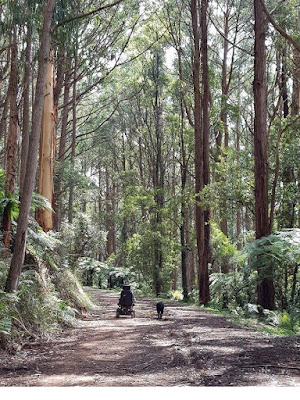 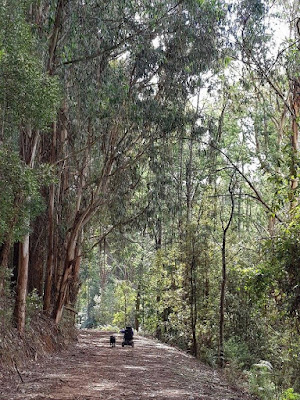 As we were near the end Ros decided it would be the perfect spot for a family photo of the two of us together. 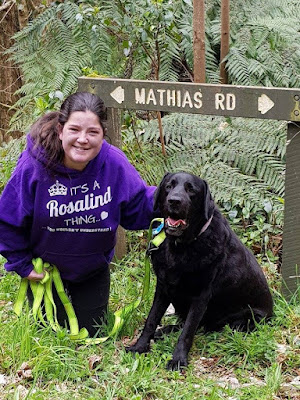 Once we had taken our family photo we continued on and it wasn't long before the end was in sight and we were nearing the car.  Once we had arrived I jumped in ready for a big res.  In all, we walked about 6 kilometers so it was a pawesome time strolling through the bush together.  We all had a lovely time and hope to come back again one day :)
By Milo and Jet - October 03, 2017 4 comments: