Hey, Milo here ! Yesterday I got home from my first holiday ever with my humans. We stayed at a place called Annie's Cottage in Bairnsdale. Annies is a thirty thousand acre working sheep farm that is owned by a family that has put a little cottage in one of their paddocks for people to stay in during their holiday. So on the 18th Dec I watched as my human Ros started packing up a few of my things like my bed, my toys plus a lead and my food and food bowl. Everything a doggie needs for going on holiday days. So after I had checked and made sure my human had packed everything I would need off we headed to Annies Cottage which is a three hour drive from where we live. 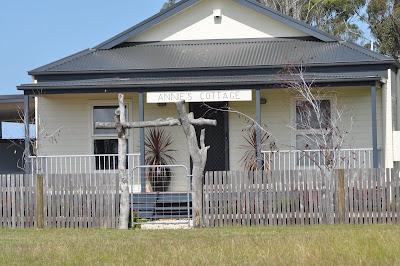 Isn't it so cute? It's a great spot to go on holidays. It has everything that humans and doggies could want. There was even a dog run there waiting for me with beds plus food and water bowls. 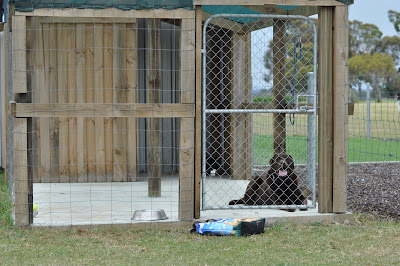 Isn't it so cool? So the day we arrived my humans had to unpack and stuff so I stayed in my new home and left them to do the unpacking. The day we arrived there wasn't much time for any adventuring as it was quite late when we arrived so we just had enough time to unpack then it was bed time. The next day Ros and I were up very early in the morning to start exploring this awesome place. The first awesome thing was that there were rabbits everywhere. I had a blast chasing them but they were always just too fast for me and would run back to their homes and despite my many attempts to convince them to come back out and play they just wouldn't. 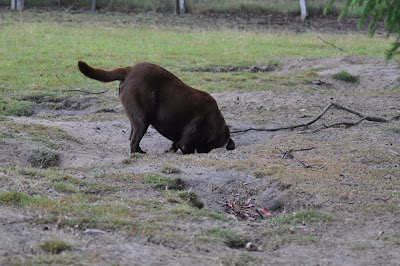 Come on bunnies! Come out and play! I promise to be nice! Unfortunately they didn't come back. I was most disappointed. Ros and I kept going and we ran into one of the people who owns the farm and I got very excited becuse he had his own doggie with him. 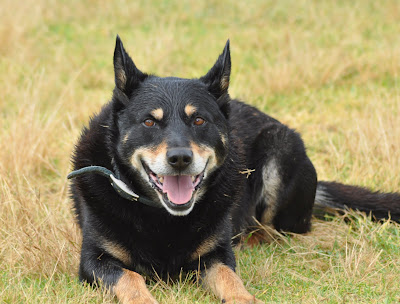 His name was Riley and he is an Australian Kelpie. That is one of their working dogs that helps to round up the sheep on their farm. Riley was very nice and we became instant best friends. While the humans were chatting Riley and I had lots of fun playing chasey. 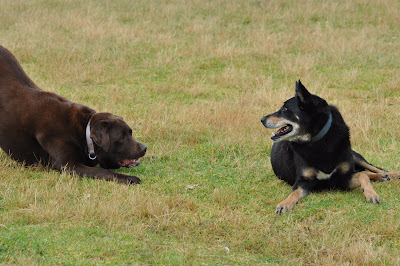 Come on Riley play with me ! 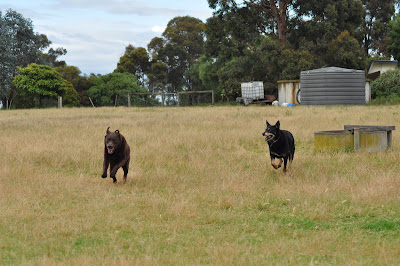 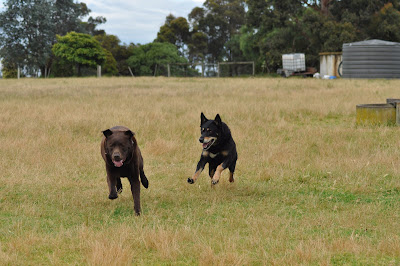 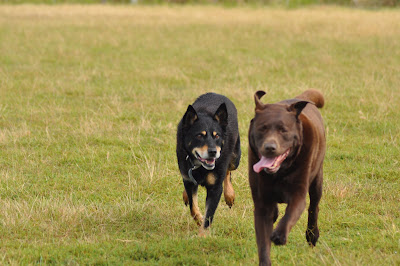 After playing chasey for a while we both stopped to have a drink at a horse trough. After getting a big drink we started playing again only this time we played tag. Riley lay on the ground while I walked around him trying to touch him. 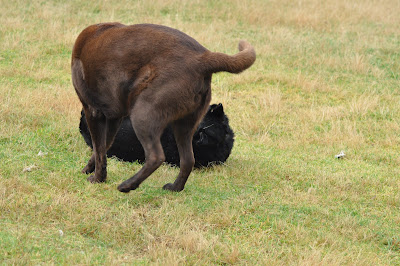 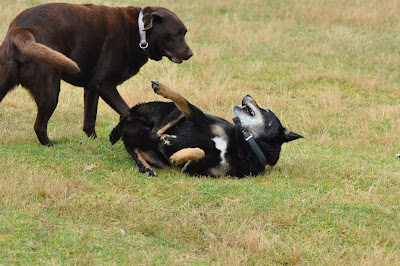 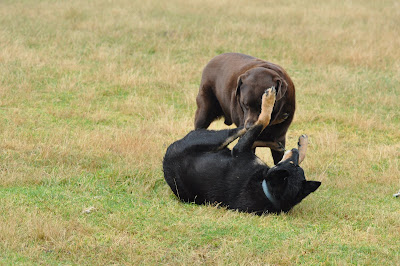 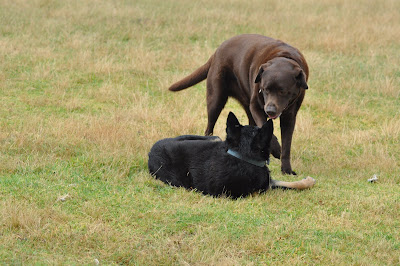 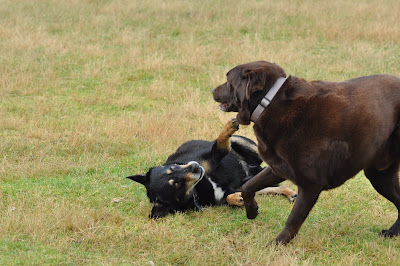 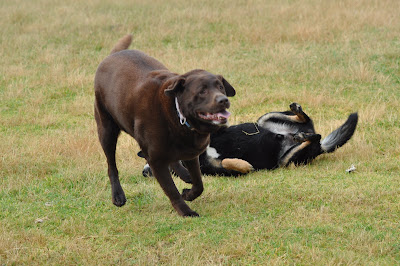 So after all our playing Riley wanted to show me around so we went off to do some exploring together. 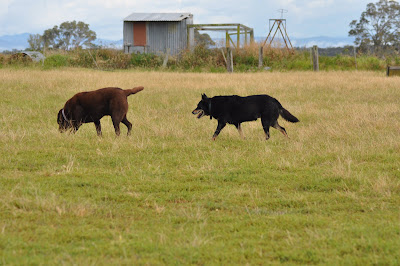 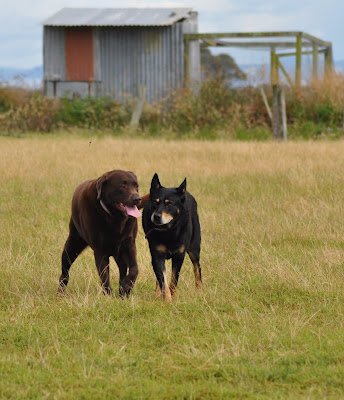 After having a look around, Riley's human said it was time for them to go back to work so we and the humans said goodbye to each other. Ros then decided it was time to go for a walk. There were some amazing country roads near Annies Cottage with beautiful scenery and vegatation to explore. Our two favourite roads were Lathams Lane and Robbins Lane. Our first walk was down Lathams Lane. It was amazing and there were so many new smells that my nose got a huge work out. This is the road just outside Annie's Cottage that leads down to Lathams and Robbins Lane. Look at the amazing views you get on the sides of the road. 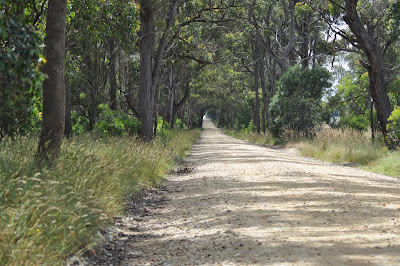 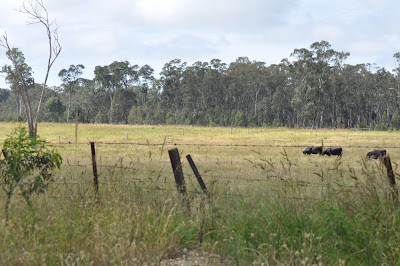 Isn't it a fantastic view? So off we headed on our walk down lathams lane. It was a ten km walk all up and had some great views. 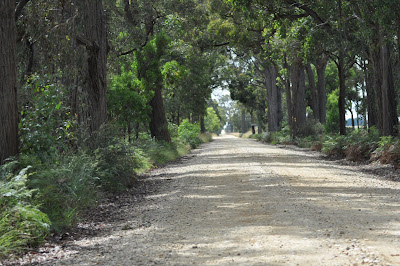 We were almost there when we stopped because Ros wanted to get photos of my handsome self. I had to stand-stay while Ros took her photos of me. I got lots of pats for doing such a good job. 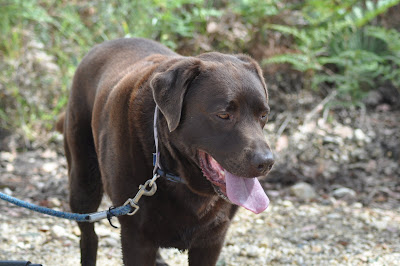 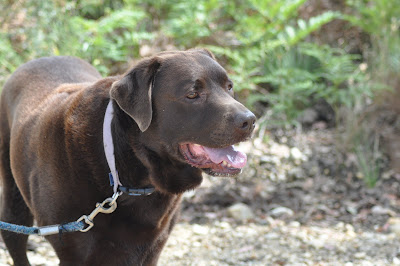 After the photo taking was finished we kept going and we had soon arrived at Lathams Lane. It was a fantastic road that seemed to go on forever. 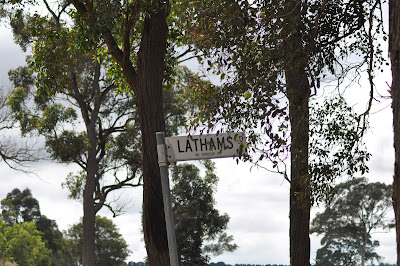 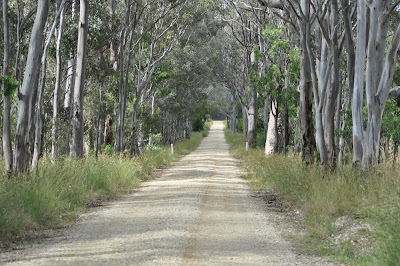 We had been walking for a while when again ros stopped and wanted to get my photo. I thought that I looked very handsome in this photo. 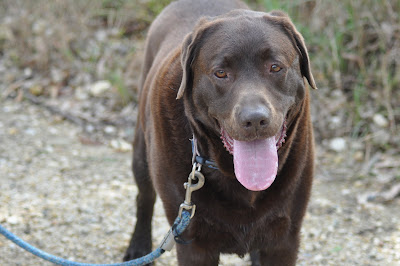 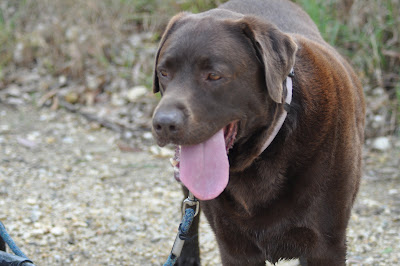 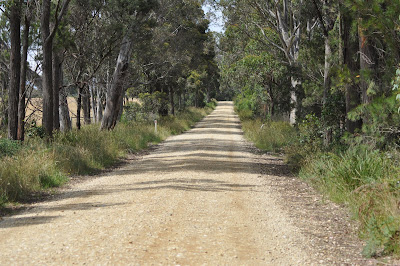 So we turned back around and started heading back toward Annies. I was quite hot and bothered by this stage so on the way back Ros kept her eyes open for a puddle that I could lie in. After much searching a puddle was found and I immediately made myself at home. We stayed there for ten mintues so I had a good chance to cool down a bit. 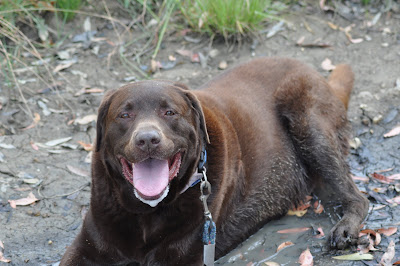 After I had cooled down we kept going and after a little while we had got back to Annie's Cottage. Once Ros had closed the gate we headed off to my dog pen so I could get a huge drink and have a big sleep to recover from my huge morning. 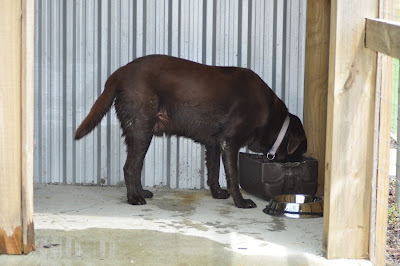 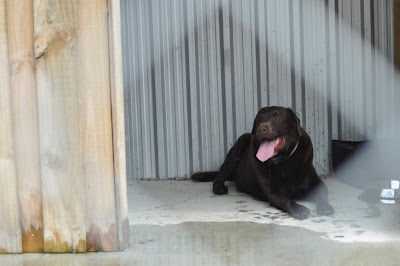 I hope you have enjoyed hearing about the first day of my holiday. There is heaps more for me to tell you about my holiday at Annie's Cottage. I hope you had a great Christmas and I wish you a happy new year filled with great adventures with your humans.
By Milo and Jet - December 25, 2011