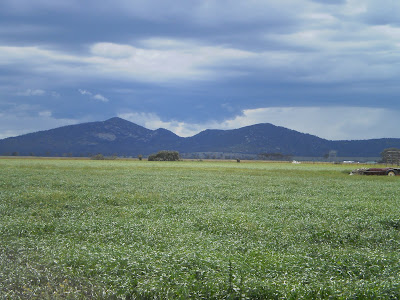 This is the You Yangs. It's apparently a six kilometre drive from where we live. Isn't it a beautiful mountain? 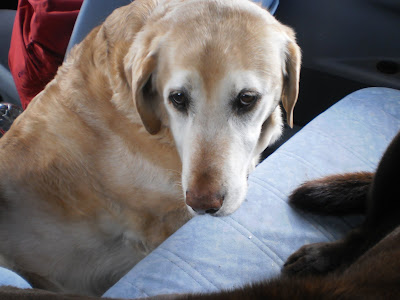 Now explain to me again why I'm not allowed up on the seats? 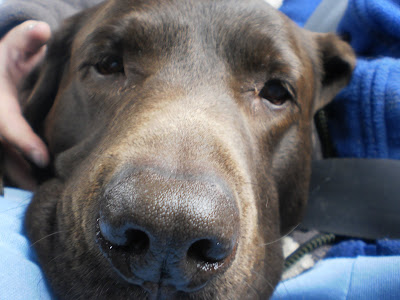 Ah, now this is the life. I, of course, made sure to get a head rub on the way there. 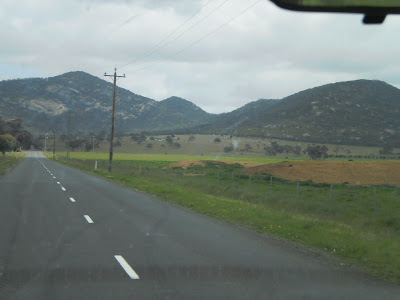 Getting closer to the You Yangs now! 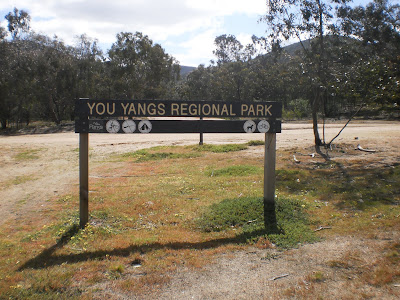 Now because the You Yangs is a national park dogs must be kept on leads at all times which is very fair we think as we would hate to spoil it for the animals that live there. 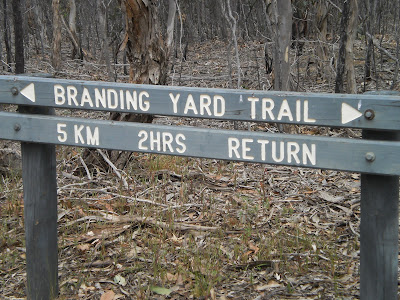 We went down this trail as it was quite wheelchair friendly for our human. 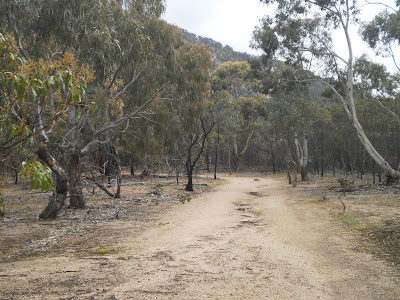 Isn't it a beautiful spot? Just look at all the lovely plants. Off we went. 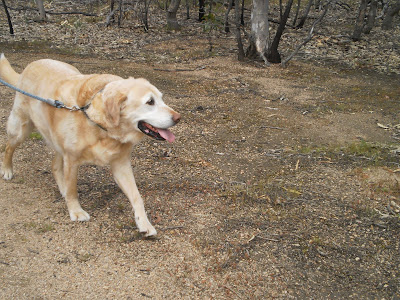 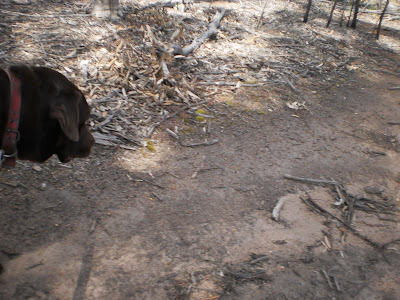 Further on we came to this sign that had a picture of an eagle. 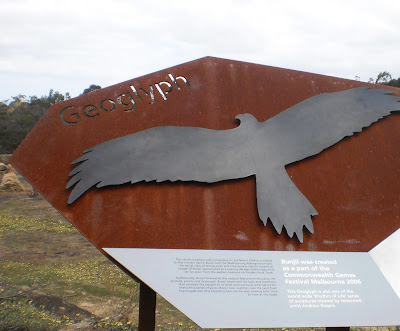 Basically what it said according to my human is that a few years ago a man made a eagle out of stones and it's believed to protect the you yang's. Every few years it files above the you yangs and keeps everything in harmony. If you walk up high enough you can see what it looks like and we bet it looks very good. 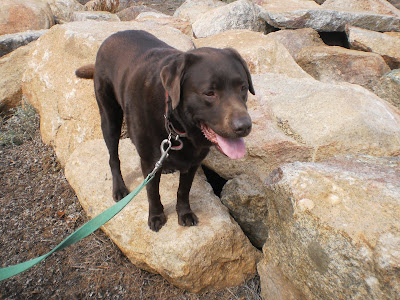 This is me standing on one of the bigger rocks used to make it. It was almost bigger that me.
A little later on Angus and I spotted the biggest rock we had every seen. 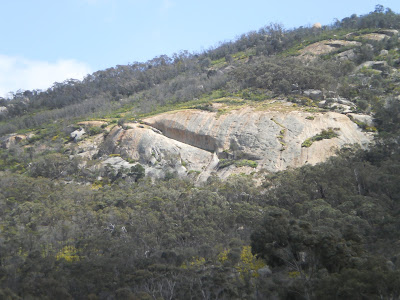 Isn't it huge?
After a while we came across a little bridge so I did some posing for Ros. 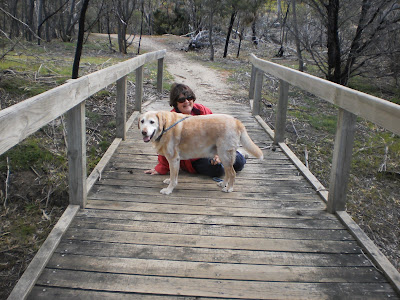 It turned out very well if i do say so myself.
Than after doing some posing we wanted to keep going so we went on with our adventure. 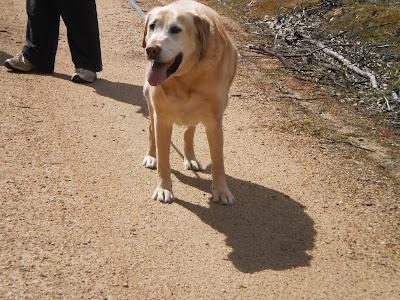 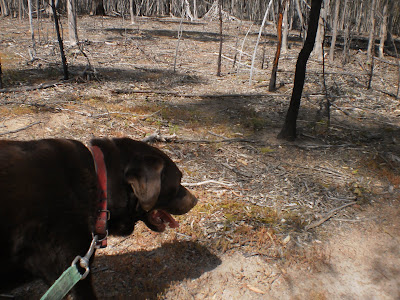 A walking we shall go.
Than another photo opportunity was found so more modelling was in order. 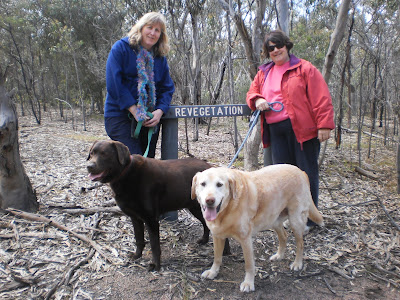 And it turned out very well if i do say so myself. The peroson holding on to me is Ros's Mum and holding on to Milo is a very good family friend. Then on the way back we found another bridge to pose on. 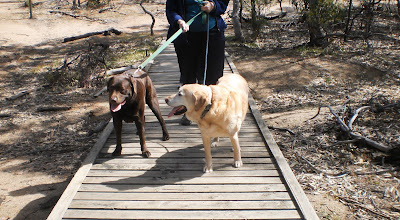 We were having such fun!!!
There were also lots of lovely flowers everywhere. 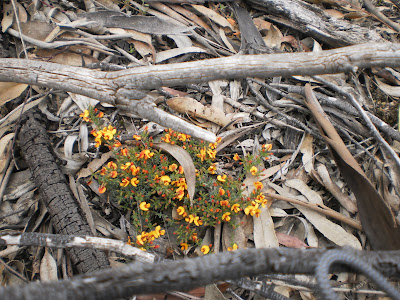 Aren't they lovely?
Soon it was time to go home again even though it seemed like we had only just arrived. As we some times hear our humans say, "Doesn't time fly when your having fun?" Today we think we finally understood what they're talking about!
We had a great time today and can't wait to go back for another You Yangs adventure.
By Milo and Jet - October 07, 2010