BLESSING OF THE ANIMALS

Hey Angus & Milo here. Last week we had a very exciting day. We took our human down to the blessing of the animals at our local church. It started at 2: 30pm in the afternoon what ever that means. So once our human had grabbed our leads we headed off down to the blessing of the animals. Our human always love to walk us down as it means we aren't as excited when we arrive and can relax when the humans have to do their part. 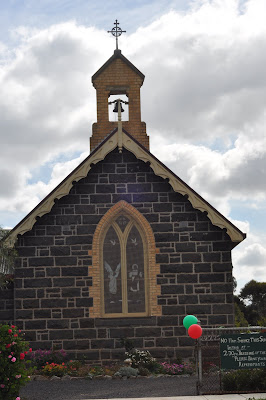 This is the church it's held in every year. Isn't it cute? So we had arrived just in time for the blessing to start so Ros quickly found an empty spot down the back to sit and the humans began to do the blessing. We tried to join in when the humans started to sing, barking in the background. It was the blessing for the animals so should the animals not help? But unfortunately we were told to stop as we were not so much in the back ground as we thought we were. But everyone thought it was quite funny. Our human didn't get any photos of the actual blessing as she didn't have time to grab the camrea before we went in but we made sure she got a photo so you can see where we were sitting. 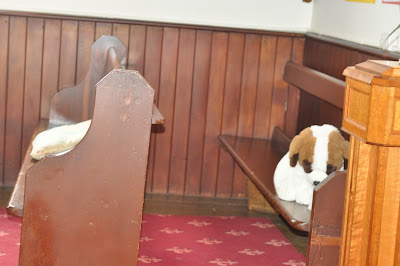 This is where we were sitting. So after the blessing was over we went outside to say hello to everyone else who had come. There were lots of people and doggies this time; the most that had ever been ros thought. We made sure ros got photos of everyone. There were also a few different animals there to, like a strange little furry creature that was bigger than a rat but smaller than a rabbit. Ros said they were called guinea pigs. 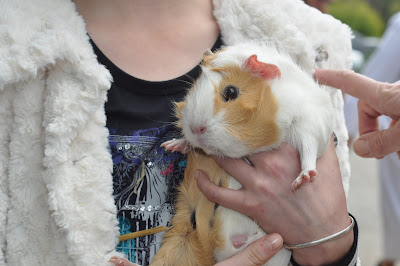 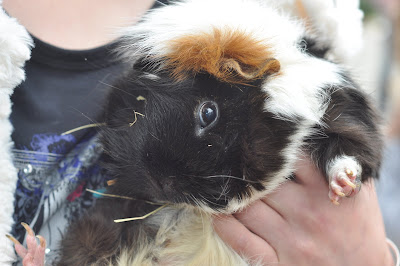 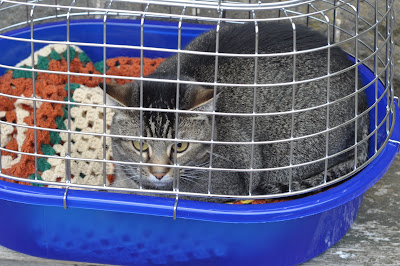 Aren't they so cute looking ? Also there was a cat there. Then Ros decided it was our turn for phot's so we did our best to look good. 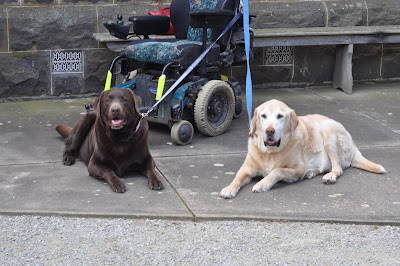 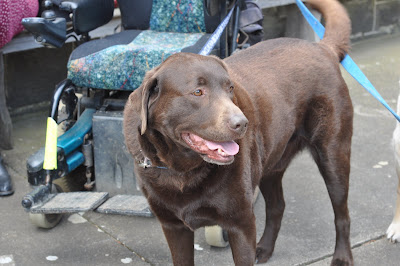 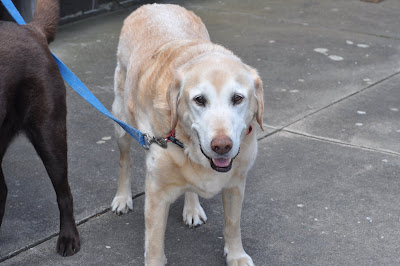 So after we had finished having our photos taken ros decided it was time to get photos of all the other doggies that had come. There were lots there, pure and crosses alike. 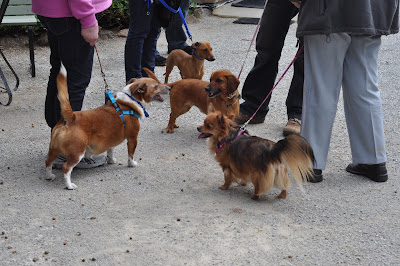 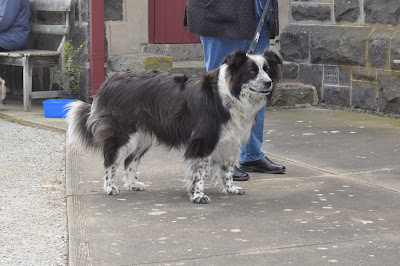 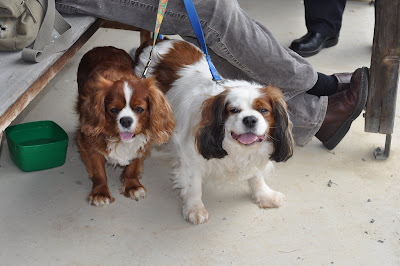 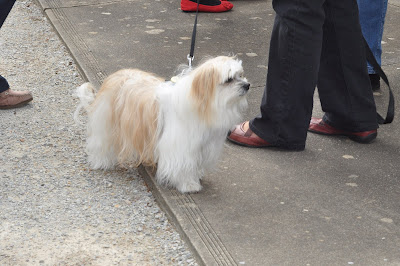 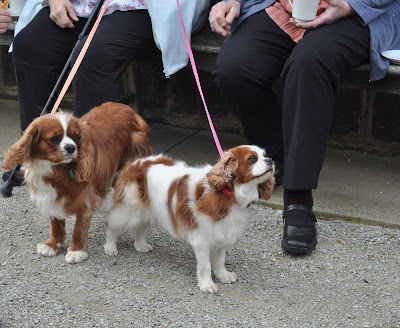 Aren't they also cute? We had been there for a while and everyone was starting to head home again so Ros decided it was time for us to leave as well but not before we got a family photo. 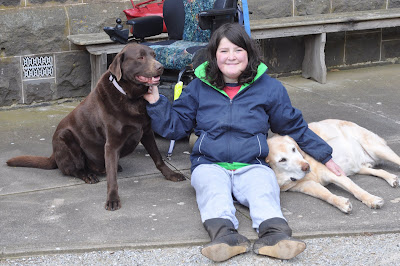 We had a fantastic time at the blessing of the animals this year and we can't wait for next year's one.
By Milo and Jet - October 08, 2011